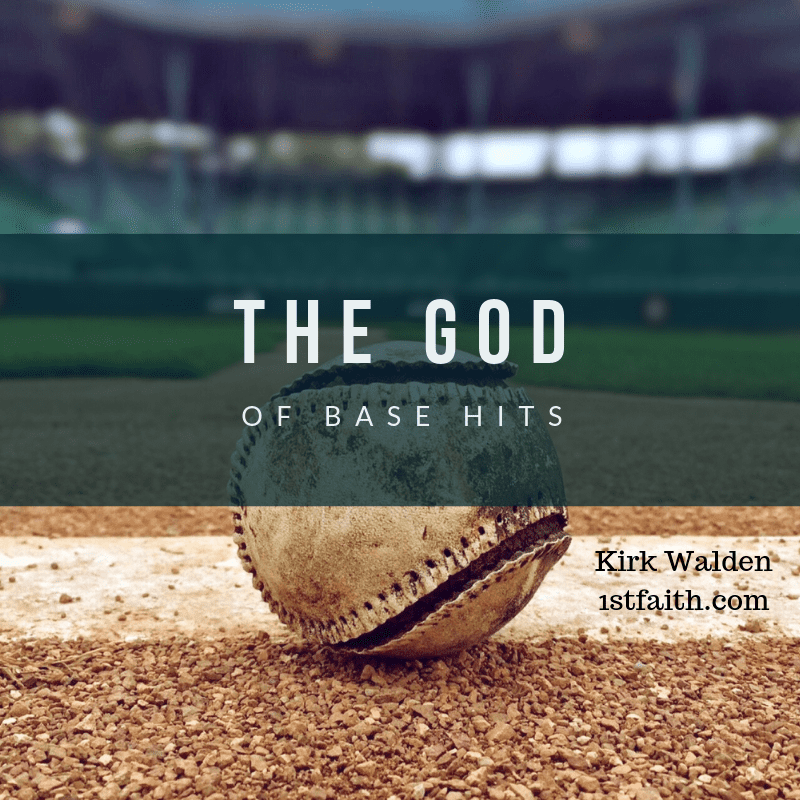 The other day at one of my son’s 8-And-Under baseball games, our team was absent our scorekeeper so I was tossed the book to keep up with what is always a myriad of hits, baseballs being thrown all over the diamond, and more than a few runs.

The coaches pitch and while some kids have a difficult time hitting the ball, whenever the bat connects, chaos usually ensues.

A ground ball making it to the outfield often rolls through someone’s legs; followed by a wild throw, a frenetic attempt to pick up the ball and sling it where a base runner might be, then more chasing and running the bases.

Usually, before the hitter reaches home, a coach for the defensive team will yell, “Hold the ball!” Most of the time at least, this can slow the mayhem until it is finally halted.

In higher forms of organized baseball, scorers must make difficult calls. If a player bobbles the ball and the hitter makes it to first base, the scorer must decide whether the play is scored a single, or an error by the fielder. Not to get into detail, but in big-time baseball these decisions make quite a difference and scorers can feel the heat if people disagree with their decisions.

Friends, not in 8U baseball. For scorekeepers in this league, none of this hit and error stuff matters. There is no nuance in this league. If the player gets on base, it’s a hit. End of story.

The other day I watched a kid hit the ball four times, never getting the ball more than a few feet past the infield. Each time however, he reached first base. Then, after a couple more batters whacked the ball around, he went on to score.

After crossing the plate for the fourth time, he smiled and told me, “I have four home runs today!” I could have told him that on three occasions he reached by error and had only one “official” hit. I could have told him reaching first base and scoring later is not–by any stretch–a home run.

Did I share my vast knowledge of baseball’s scoring system with him? Absolutely not. If he wanted to declare this a four-homer-day, I’m in. Let’s go with it and give him a high-five.

During the game, some parents would exhort their children with phrases like, “Throw it to third!” Or, “Keep your glove down!” But there were no angry outbursts; it was all encouragement, all day. Our parents knew there would be mistakes, but these foibles weren’t the focus.

Afterward, I listened to parents as they patted their boys on the back. “You had a great hit today,” one might say. Another would offer, “You hit it every time!” Again, words of encouragement were the norm.

It’s what good parents do. We encourage. While we sometimes must point out mistakes, we don’t dwell on them.

Watching this take place, I thought about God. How often do I view Him as a Parent sitting on His throne, doing nothing more than pointing out my errors? Instead of seeing God as an encourager, I somehow see Him as a constant force of negativity; always correcting and always shaking His head as if to say, “There goes Kirk again; another mistake. Another time where he fell short.”

Yet, when my 8-year-old simply hits the dang ball, I’m thrilled. I know he was looking at the concession stand when the ball rolled through his legs in right field, but for some reason I didn’t think it was important enough to bring up. At a later time, we’ll work on it–but there’s no condemnation when he is in the field.

Ahhhh, there is no condemnation. Sounds like a Bible verse, doesn’t it?

Sometimes, we miss God’s desire to cheer and encourage. We take verses such as Isaiah 64:6, pull it out of all context and declare, “Our righteousness is as filthy rags.” Then, we practically make it our life verse.

Yet in reality, we can look at joyful parents–as imperfect as we are–cheering on our children at the ball park and find a much more accurate picture of how God views us.

God is for us. Whenever we reach out to someone who is hurting, every time we share a word of encouragement, each time we tell someone about the hope within us, perhaps God turns to Jesus at His right hand and says, “That’s my kid right there!”

We don’t do this Christian thing perfectly. Just like 8U baseball players, our lives can sometimes look like a myriad of errors as we try to negotiate whatever circumstances we face.

But, sometimes we hit the ball. As we run to first base, God tells us to “Go!” When we arrive at first, just one-fourth of the way to scoring; God is clapping and smiling, ready to urge us on to second.

After a season of 8U ball, I look down at the score book and realize, I never recorded an error. I only wrote down base hits and runs scored. It wasn’t that errors didn’t happen; they did. And without a doubt, errors need to be corrected so they don’t happen over and over. But as a scorer, I chose to focus on the runs, not the mistakes.

Perhaps God is in His heaven, marking down our every mistake and thundering His anger upon us for each one. Maybe every time we do something right, He scoffs and says, “Just another filthy rag.”

But I wonder if–just like an 8U baseball parent–God instead chooses to cheer us on as we try (even with our limited abilities) to score on His behalf through kindness, goodness and mercy. And maybe more often than we can imagine, He smiles at His children out here doing our best, wanting to help the team in any way we can. 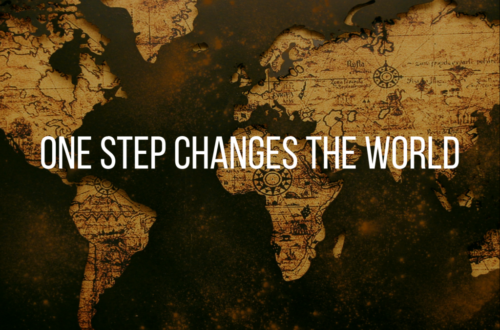 One Step Changes the World 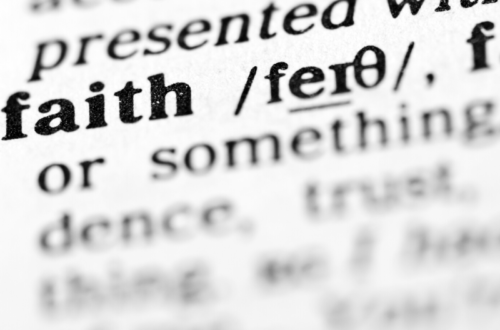 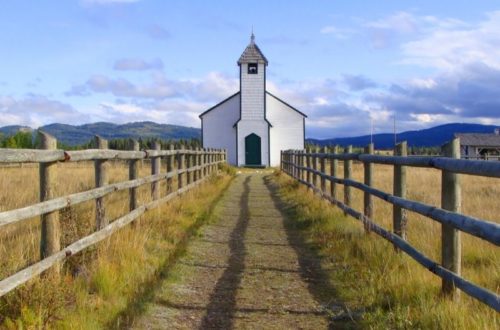